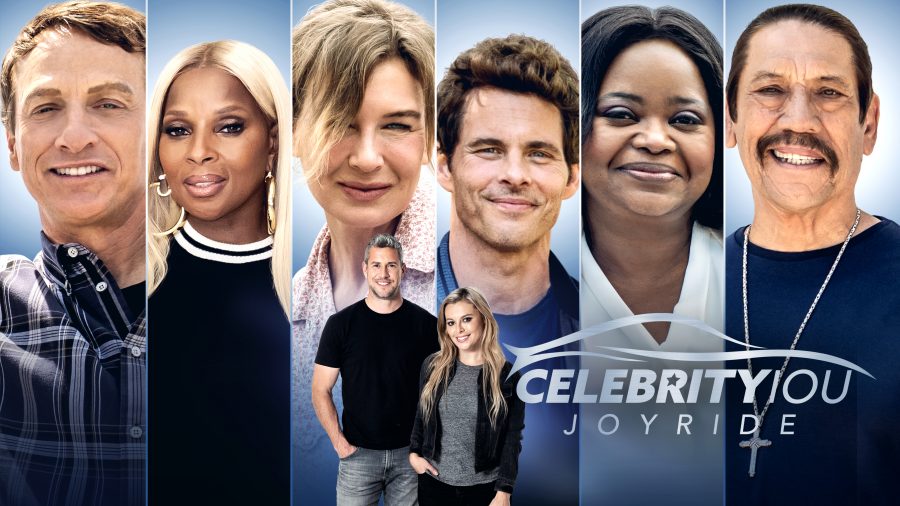 “A key differentiating factor for discovery+ is the ability to mix genres our traditional fans love – in this case, it’s beloved renovation IP from the Scott brothers with our expertise in the automotive space,” said Lisa Holme, Group SVP, Content and Commercial Strategy at Discovery. “By adding incredible talent like Ant and Cristy, along with some of the biggest stars in the world, we think this format will resonate with all of our streaming subscribers.”

In each episode of Celebrity IOU: Joyride, viewers will hear the inspiring story behind the star’s relationship with the special person in their lives and the reasons why they are so deserving of a one-of-a-kind car transformation. In the end, audiences will be just as blown away as the recipient when they receive the ultimate joyride.

Academy Award-winning actress Renée Zellwegerwants to gift two cars to brothers Jerome and Jerald, who acted as 24-hour caregivers to beloved and respected Hollywood publicist Nanci Ryder until she lost her four-year battle with ALS in June 2020. Renée was so impressed and touched by the meticulous care the brothers took of Nanci while she struggled with the disease that she enlists the help of Ant and Cristy to give the brothers the type of car that they would never get for themselves.

Actor James Marsden wants to give back to his brother-in-law and friend of 30 years, Will. Sharing a love of cars, James and Will spent endless hours in the garage with James’ father-in-law, Nashville Hall of Fame songwriter Dennis Linde. Recently, Will had regretfully been forced to sell his grandmother’s 1963 Buick Electra, unable to keep up with the costs and maintenance. With the help of Ant and Cristy, James restores the coveted family Buick to gift it back to Will, allowing the family to continue their love of cars for years to come.

Academy-Award winning actress Octavia Spencer wants to surprise her hairdresser and close friend of over 15 years, Renee, a hard-working owner of a modest hair salon who spends her days off visiting elderly-care homes to offer her services to residents free of charge. The pandemic hit Renee’s industry hard, making it difficult for her to make ends meet, and she also lost her father. Octavia enlists the help of Ant and Cristy to create a mobile salon for Renee, which will allow her to help more elderly clients and service her clients in style.

Danny Trejo has been through a lot of ups and downs over the course of his life, and his very good friend Mario has been by his side through it all. Danny has a very special surprise in store for Mario as Ant and Cristy assist in the rehabilitation of a 1958 Chevrolet Impala. Danny helps them with the restoration of this beautiful classic highway cruiser of the past by slamming it to the ground using modern upgrades to tastefully transform it into a boulevard cruiser that will turn heads for generations to come.

Professional skateboarder Tony Hawk wants to surprise his office manager of 10 years, Galina, with the ultimate joyride, a new Volkswagen camper for her and her new husband’s beloved camping trips. Tony grew up with a Volkswagen camper, and he wants to create the opportunity for Galina to create the same amazing memories that he had as a child. With the help of Ant and Cristy, Tony decks out Galina’s new camper with state-of-the-art upgrades, allowing her and her husband to see the country in style.

Grammy-award winning and Oscar nominated singer-songwriter, actress and producer Mary J. Blige wants to surprise her trusted assistant of over eight years, Nicole, who, after becoming a mother at 16 years old, worked her way through high school and college and followed her lifelong dream of working in the music industry. Mary wants to thank Nicole for all her hard work, and with the help of Ant and Cristy, surprises Nicole with the car of her dreams to set her up for success as she continues to build her rockstar career.

discovery+ is the definitive non-fiction, real life subscription streaming service. discovery+ features a landmark partnership with Verizon that gives their customers with select plans up to 12 months of discovery+ on Verizon. discovery+ has the largest-ever content offering of any new streaming service at launch, featuring a wide range of exclusive, original series across popular, passion verticals in which Discovery brands have a strong leadership position, including lifestyle and relationships; home and food; true crime; paranormal; adventure and natural history; as well as science, tech and the environment, and a slate of high-quality documentaries. For more, visit discoveryplus.com or find it on a variety of platforms and devices, including ones from Amazon, Apple, Google, Microsoft, Roku and Samsung.